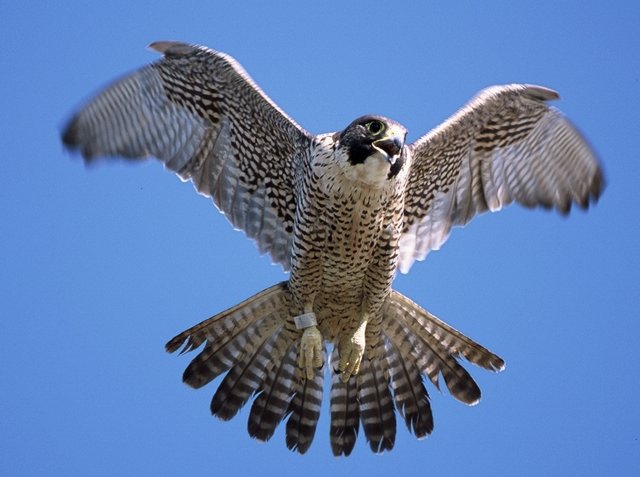 The peregrine falcon is the fastest animal in the air. Photo from UCSC Natural Reserves

The fastest animals in the world!

Some animals move at super speeds through land, air or water. Could you keep up?

The cheetah is famous for being the fastest animal on land. Cheetahs can run as fast as 65 miles per hour. That is as fast as a car on the highway! This speed lets the cheetah catch antelope and gazelle on the African savannah. Cheetahs also have long claws that dig into the ground when they run. These claws work like the spikes on cleats.

And the sailfish is the fastest animal in water! The sailfish has a sharp, skinny "bill." The bill sticks out like a nose. The shape of the sailfish's bill helps it cut through the water. Sailfish have been recorded swimming as fast as 67 miles per hours. Swimming fast lets the sailfish avoid hungry predators. Sailfish are also known for jumping high out of the water!