After the 1906 publication of Upton Sinclair’s The Jungle, people began to be more concerned about where their food came from. They wanted to know how the government could protect them from getting sick from the food they ate. 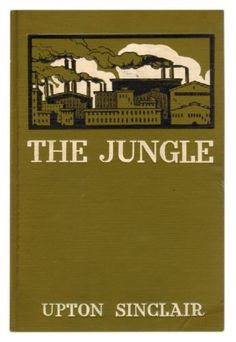 So, the U.S. government passed the Pure Food and Drug Act of 1906 to create the Food and Drug Administration (FDA), which would oversee quality assurance for the food and medication available to consumers.

They also passed the Meat Inspection Act of 1906 in order to ensure that the meat going into people’s food would be safe to eat. This law made meat inspection mandatory for all goats, pigs, sheep and cattle meat traveling over state lines or intended for export into another country. Regulators would inspect the animal before it died (antemortem), after it died (postmortem) and after the carcass was butchered (product inspection). This is the same way we inspect meat today.

In 1967 and 1968, the Wholesome Meat and Wholesome Poultry Products Acts were passed, requiring all meat and poultry produced within a state to be inspected by programs “at least equal” to the Federal inspection programs already in place.