How to select the best pork

A good cut of pork makes for a tasty, nutritious meal!

There are a few things to look for when selecting a cut of pork:

People should look at the color of the pork they are picking out. It should be a nice reddish pink color to a purplish red. People think you want to pick lighter colored pork, but it is the opposite. The darker the pork is the better it will taste if cooked properly.

Most the time for the color you will want at least a four. Five would be even better if you can find an option that looks like that. When looking at marbling you should pick between the numbers four to six. Once again you can’t go wrong with more marbling if possible.

If people follow the standards and cook their pork right it will be delicious. Pork is very good for you because it is lean and high in protein. Pork tenderloin has less fat in it than a chicken breast. Pork is healthy for people and can be very good if cooked properly. 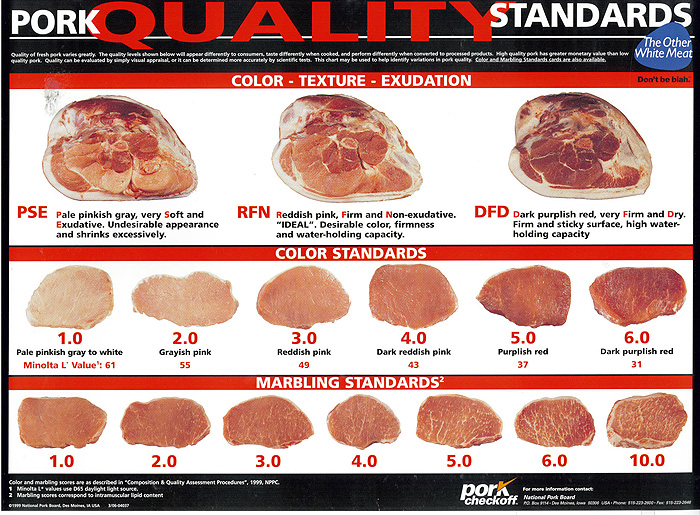