In the United States, about 40 percent of homes have at least one dog. If you have a dog at home, is it a huge mastiff? A loyal German shepherd? Or do you have a miniature toy poodle?

No matter what kind of dog you have, they are descended from a single species: Canis lupus, a wolf. Dogs were domesticated from wild South Asian wolves about 10,000 to 15,000 years ago. Though researchers used to believe that wolf pups were tamed directly by humans, they now believe it’s more likely that wolves gradually learned by themselves to live with humans. As they lived from the food scraps that villages left, new generations of wolves became more and more comfortable with living near humans.

When they were sufficiently comfortable with people, the villagers began to actively breed them for different purposes. Some breeds, like the bloodhound, were helpers for hunters. Others were good for protecting the home or herding livestock.

Today, domesticated dogs serve as companions, hunters, police and rescue dogs, and as service dogs for the blind. The more people continue to train them for different tasks, the more we realize how well we communicate with each other.

Dogs are omnivores (meaning they eat both meat and plants) with a huge variety of food preferences. Different breeds can sometimes have different dietary needs, so it’s important for dog owners to make sure their dog is getting the necessary nutrients. 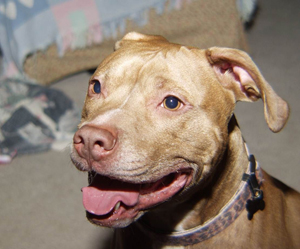 Though it’s tempting to give a begging dog “people food” from the dinner table, humans need to be careful what they give them. Some foods that humans eat and enjoy can be dangerous or even deadly to dogs. For example, some dogs are perfectly fine eating avocadoes; other dogs may experience stomach upset and vomit. Dark chocolate, while not too dangerous in tiny amounts, can still make a dog sick. Grapes are toxic for dogs, causing renal failure even in tiny amounts. If unsure, owners should call their local vet to find out what their dogs can or cannot safely eat.

Did you know that overweight dogs can be a greater risk for certain health problems?

More than 50% of dogs in the United States are labeled overweight or obese.  This is a problem because dogs should be healthy and pain-free! Here are a few possible health problems with canine obesity and what they are:

Canine Parvovirus is a contagious disease that can cause diarrhea and even death in dogs. Canine Parvovirus or “parvo” appeared in the 1970s. It is one of the most common deadly diseases to the canine family. Puppies are the most susceptible and some breeds such Rottweilers, German shepherds and Labrador Retrievers are more susceptible to the virus then others.

Parvovirus is, unfortunately, very stable and resistant to most disinfectants and can live on organic materials for up to a year. Applying bleach over the contaminated area for 10 to 15 minutes is the best way to remove the Parvovirus. Parvo disease is spread from dog to dog mainly through exposure to contaminated feces and objects such as hands, toys and bedding.

Parvovirus can infect the digestive system and the heart. Signs vary but the most common signs are diarrhea, fever, vomiting, loss of appetite and dehydration. The heart symptoms can result in death especially in puppies.

Vaccinations are the safest way to prevent the Parvovirus. Puppies should be vaccinated at eight weeks old. The process is repeated every four weeks until they are about six to eight months old. Pet owners should be careful not to expose puppies to other dogs and environments that could be infected with Parvovirus.

A puppy or dog infected with the Parvovirus should be removed from other animals immediately. People should wash their hands after touching the infected animal to avoid spreading the disease.

What is in dog food?

In fact, said Kelly Swanson, an associate professor and animal and nutritional sciences at the University of Illinois Champaign-Urbana, byproducts are nutritious and safe. Swanson said byproducts are just as safe as meat meant for human consumption.

“The cuts of meat are different, but they are coming from the same animal,” Swanson said.

To make sure byproducts are safe, said Swanson, pet food producers use high temperatures to kill any bacteria or viruses. Though heat treatments kill pathogens, some pet owners online worry that the process kills beneficial enzymes in meat.

“To my knowledge, however, there are no data to suggest that the denaturation of enzymes in meat is harmful. The GI [gastrointestinal] tract has plenty of enzymes to digest the food consumed, so that is not a problem for the pet,” Swanson said.

Swanson said he has seen no studies showing that feeding byproducts leads to unhealthy pets. Swanson said pet owners would see health problems in their dogs or cats if common byproducts were unhealthy. Yet the average lifespans of pets continue to increase. He pointed out that popular pet treats like pig ears and rawhide are also kinds of byproducts.

“From a sustainability standpoint, the use of these ingredients is great because many of them would be dumped in landfills if not used by this industry,” said Swanson.

If pet owners really want to improve pet health they should think about portion control, said Swanson. He said many pet owners do not follow the guidelines on food packages and they end up over-feeding their animals.

“The fact that up to 40 percent of the pets in the U.S are considered overweight or obese suggests that most pets enjoy their food way too much,” Swanson said.

Studies show that interactions with therapy animals can decrease stress in humans.

Playing with or petting an animal can increase levels of the stress-reducing hormone oxytocin and decrease production of the stress hormone cortisol. These hormonal changes can help a nervous child feel more relaxed about reading aloud. Reduced stress can also benefit physical health. In a  2001 study , researchers found that pet-owning patients with high blood pressure could keep their blood pressure lower during times of mental stress than patients without pets.

Another study shows  that pet owners may also have increased odds of surviving for at least a year after having a heart attack.

“Both pet ownership and social support are significant predictors of survival, independent of the effects of the other psychosocial factors and physiologic status,” wrote the heart-disease researchers.

And in 2008, a group of Italian researchers documented the successful introduction of a shelter dog to Alzheimer’s patients. Patients were given questionnaires, and many responded that animal-assisted activities (the dog as a therapy animal) was beneficial.

It’s not just tutoring companies that introduce kids to dogs. As seen in this video, elementary school students in Arizona can read to dogs and take care of them at school.

“You can always talk to the dog, and the dog’s not going to judge you,” says the school principal.