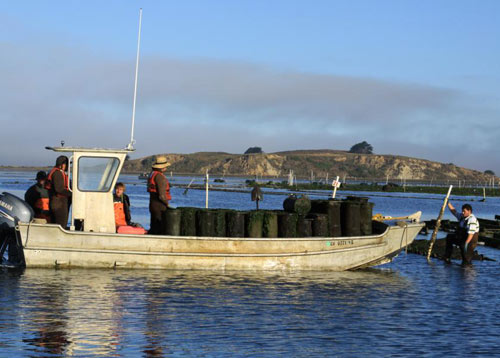 Fish farming, called aquaculture, was pioneered in Egypt and China about 4,500 years ago.

The biggest problem that fish farming seeks to solve is overfishing in the oceans. Many species of fish, including tuna and cod, have seen huge declines in their populations. The declines are so steep that scientists worry the fish species may become extinct if the populations are not allowed to recover. Raising fish in fish farms allows the natural population stock to reproduce and recover while still supplying people with enough fish to eat.

One possibility to recover the fish populations is to rotate the species of fish taken from the oceans, allowing the other species to reproduce and build their population back up. However, the year-round demand for all species makes this difficult to do.
Watch the video "Fish on a farm"

And people eat a lot of fish. About one billion people around the world are dependent on fish as their main source of protein. The Asian subcontinent alone raises over 90 percent of the fish produced in the world.